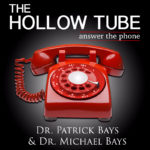 Are you living your Soul’s purpose? Do you believe you have a soul? Do you know what your soul looks like and sounds like?  Do you know what your soul wants for you? I never thought much about my soul or my soul’s purpose until my shaman friend Jose told me that in a certain dimensional state our soul takes the form of a crystal. Your crystal soul records everything that’s ever happened to you. I wanted to explore deeper into the topic of souls, and so I decided to bring an expert on spirits and souls on the show today.

Shellie Nelson is highly intuitive and she’s been seeing energy, spirits and ghosts her whole life. She sees dead people… and souls…  among other things. Shellie knew she was different when she was 8 and a malevolent spirit did its best to scare the hell out of her- and over the past 23 years she’s honed her special gifts into one master skill. She has the ability to see the soul of a person. It’s her desire to help people bring the greatness of their soul into their human awareness and physical life and live it.

I met Shellie and her partner Jim at a workshop they gave a couple of years ago- and I noticed two things. I immediately felt a connection with them and when Shellie spoke, I got goosebumps- which means that deepest part of me knows that what I’m hearing is the truth and to pay attention. On this episode of The Hollow Tube, Shellie will explain how a little girl who was terrorized by an evil spirit grew up to be an inter dimensional communicator.

Topics Discussed Today
[10:52] Shellie grew up in a small town in Wisconsin. She found she was hiding who she was or just not talking about it with other people.
[11:22] When she was eight she had an experience that taught her that she was very different from other people.
[11:44] She is able to see the unseen world including ghosts, energy, and aliens.
[12:18] I believe we’re all creators and can create personas of ourselves and move between them.
[12:40] She had an adorable canopy bed when she was eight. She was lying in bed and saw what appeared to be a woman lying on top of the canopy. The woman’s head was bobbing in and out of the canopy. She was so scared she couldn’t scream, no matter how hard she tried. The woman’s head mocked her.
[13:58] Eventually, she screamed and her mom came in and turned on the light. Shellie could still see the lady.
[14:41] Her mother calmly asked if she could still see her. She described her to her mother. Her mother said I believe you, but I don’t know how to help you.
[16:11] Her mother found people who could help her. These people had avenues into alternative modes of healing and energy work.
[17:00] These same healer’s that Shellie’s mother found to help Shellie eventually helped her mother when she was diagnosed with MS.
[18:00] This became a journey of empowerment for her mother.
[19:14] Shellie got to attend these workshops with her mother, and she learned how to process energy at a very young age.
[20:30] Her mother radically changed her diet to no sugar and eating raw foods and whole foods.
[21:27] Eventually, her parents divorced.
[26:50] Her mother was committed to defeating MS. Her physical symptoms reversed. She is now in her seventies.
[30:01] Shellie’s ability to see energy has evolved. She had to learn how to have boundaries. She couldn’t be open to spirits and energy all of the time.
[31:14] The unseen world has taught her more about boundaries than any human being ever could.
[31:35] She is now strong within herself and learned to say no. She asks herself if the thought is something that she would create.
[33:37] She could talk and command telepathically, and they would hear her.
[35:11] Should learned to look for the spark of life force. She could laugh in the face of demons.
[36:35] She now has the ability to see the soul of a person. Behind a person is their soul self and life force. She tunes into and connects with that energy.
[37:51] She sees a soul signature from their energy.
[45:11] We have to let go and emerge and become a different version of ourselves. Shellie knows she isn’t alone, and there are other people like her who hear and feel things.
[47:39] We have chosen our parents with DNA that will give us the greatest strength.
[49:07] We need to stop processing and trying to overcome and get on with the living.
[49:23] We are here in our bodies to grow, expand, and learn.
[50:28] People can get caught in processing where healing is almost like a habit.
[54:20] When you have a life spark of energy, that’s your soul speaking to you. It’s not a fantasy.
[54:40] When your soul speaks to you, it feels like you’re just making it up. Your intuition is trying to speak to you. The desire will come back and keep speaking to you.
[58:05] She invites people to experience who they are on the other side. Eventually, they have transformation amnesia and forget how they were before. Ultimately at the core soul level, that was never their way of being.
[01:01:01] Her work is about freeing people up and freeing their souls.
[01:02:25] We are continually creating all of the time with our minds and our energy. We can call our energy back into our core frequency at any time.
[01:11:54] As we take steps and strengthen, our circle of influence begins to change.
[01:13:07] There will be people who aren’t a match to the new you. Love them as they leave.
[01:20:52] Say no to negative self-talk and sit in to the pillar of life that you are.
[01:28:35] Shellie offers sessions to some clients, and she even has them with her son.
[01:30:19] She has dialogue with her soul every morning, yet she is surprised by the profound changes she sees people have.
[01:35:41] It was interesting how much correlation there was between what Shellie said and what my Shaman friend Jose said.
[01:40:19] Practice breathing and gratitude every morning. I walk you through the process.